JESUS: The fires of Syria contain unimaginable evil that can easily break forth to cause greater destruction. The Holy Father has taken the correct course, asking for prayer and fasting. From this will come a wave of peace that will surprise many.

Special Locution – The Fires of Syria

Special Locution – The Fires of Syria
Introduction
Our Lord and Our Lady have begun to speak again about the Middle East unrest. I believe that these words need to be published immediately.
Monsignor Esseff
Jesus
I must speak clearly and quickly. The situation is more than urgent. The fires of Syria will spill over. They can no longer be contained. The leader is too determined. He will never surrender or agree to any compromise, even if he is surrounded by his enemies. Also, he has at his disposal great weapons that he has both stored up and that he constantly receives from outside. Third, his opposition is not a united force. They come from various groups with quite differing goals. Their hearts are not one, nor do all seek the same solution.
Syria’s leadership remains in power even though many thought that he would topple like the other leaders. He has deepened his foundation and drawn around him those who will be faithful, even if just for fear of their own lives. This is the situation today. What will tomorrow bring? That is why I speak.
Many see Syria as a contained threat. They lament that there was no concerted action taken in the beginning. However, I am not speaking about the past. It is the future that holds the greatest fire. The destruction in Syria will spill over and will begin to go beyond its borders. The fires will feed on other lands and other peoples. Again, because of the confusion among world leaders, it will become too late to respond. More people will be sacrificed to this demonic evil.
Even this phase will not be the end, but only a preparation for destruction in that area that no one can imagine. This new destruction will not come immediately but will inevitably happen.
President Obama is both confused and criticized. This is dangerous. If he acts precipitously to overcome the criticism, he will cause greater destruction to occur.

Special Locution – The Fires of Syria
Jesus
What will I say about Syria? The events have begun and will lead to other more destructive events and., then, to even more destruction. The fuse has been lit and is now burning. Syria is not the place of the great future explosion or of the greatest destruction, but Syria is the precursor of these events. Syria, even with all of its turmoil does not possess the great weapons or the destructive powers possessed by other nations.
However, its role as precursor should alert everyone that the time before wide scale destruction is very short – far closer than anyone expects. Other leaders see that Syria has survived by using weapons that all the world has banned. In this sense, he is the precursor of later events.
Israel knows that it is alone and cannot firmly count on anyone. It also knows the precarious state of its own survival. It must plot its own course and its own actions. It cannot wait or hold back. It knows that it will suffer attacks and looks only to minimize the destruction.
America, oh America, you were to be the source of world peace but you have been so weakened. You have gone astray. You have neither the might nor the will to fulfill the tasks I had in store for you

Special Locution – The Fires of Syria
Mary
I hold Israel at the center of my heart. I was born in Israel and the great events of the world’s redemption took place there.
The ring of protection around Israel is being stripped away and replaced by enemies. Israel’s most important protection is Jordan. I want you to pray for the stability of Jordan. The longer that Jordan remains stable, the safer is Israel and the more the demonic timetable is pushed back.
If Jordan remains stable, Israel will be able to plan its own defense because everything will not suddenly collapse, leaving no time for self-defense. Jordan’s border with Israel is very important. If Jordan collapses and falls under terrorist control, then Israel’s border can easily be pierced. Attacks from Lebanon and the Gaza Strip will never have the power which an attack from Jordanian territory would have. Jordan is key to Israel’s survival.

4. Annihilation of the Nations

Syria will destabilize the Middle East but it will not be the focal point of the second stage of destruction. Until now, with the civil uprisings, the destruction has been internal to each nation.
The second step is war between nations. In this war, other countries will inevitably be drawn in. Although seemingly small, no power will be present to prevent this conflict.
The third stage is the annihilation of some nations as prophesied at Fatima. This will have horrible, unimaginable consequences for the whole world, which will never be the same.
For 2000 years, Satan has planned this annihilation as his way of claiming back the world that I redeemed by my blood. I do not want this annihilation. That is why my mother has spoken so often and why I am now speaking so clearly. The world must be told that the annihilation of the nations is not far away. If the Church does not want to reveal the truths contained in the Fatima secret, then I will use this little voice to do so.

Special Locution – The Fires of Syria
Jesus
The fires of Syria contain unimaginable evil that can easily break forth to cause greater destruction. This will encompass the Middle East and beyond.
President Obama has placed his finger upon the trigger and is about to fire missiles into this fire. He does not realize the untold harm, the great loss of life and the retaliation that awaits such an action.
How has he come to this foolish position? Satan has led him to this point. If he takes this step, he will plunge America into a fire that will not be shaken off. What a terrible, terrible mistake.
The Holy Father has taken the correct course, asking for prayer and fasting. From this will come a wave of peace that will surprise many. In the coming days, war and peace will clash. Pray and fast for peace.
Publicada por Mons.Lebrum à(s) 14:39 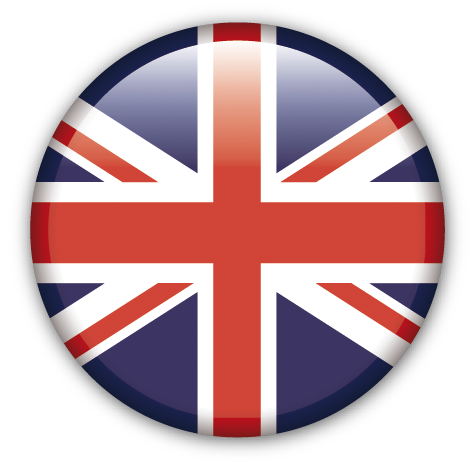